I love the Weminuche Wilderness in Southern Colorado.  One of the access trailheads is just 60 miles round-trip from my home in Durango.  The Weminuche Wilderness is a spectacular mountainous area with an average elevation of 10,000 feet.  Three peaks, Mt. Eolus, Sunlight and Windom tower above 14,000 feet.  Many of the other peaks in the wilderness rise to over 13,000 feet.  Hikers, backpackers, peak baggers, hunters, nature lovers enjoy the solitude and immensity of this amazing Wild area in Colorado.

I hiked from the trailhead at the end of Missionary Ridge Road, along Lime Mesa.  Once through the first mile and a half of Spruce, Fir and Aspens, the trail opens up above treeline.  The views are wide open and Dollar lake is a real treat at around 1.5 miles and a nice place to stop and relax.  Seduced, I knew the hike beyond the lake to the saddle of Mountain View Crest would be uphill all the way but the rewards at the Overlook were well worth the effort.

When photographing mountains, and grand vistas at altitude, the clouds paint shadows on the landscape.  I prefer clouds over “bluebird” skies because the cloud shadows cause me to pause and watch the land for the best moment to press the shutter. 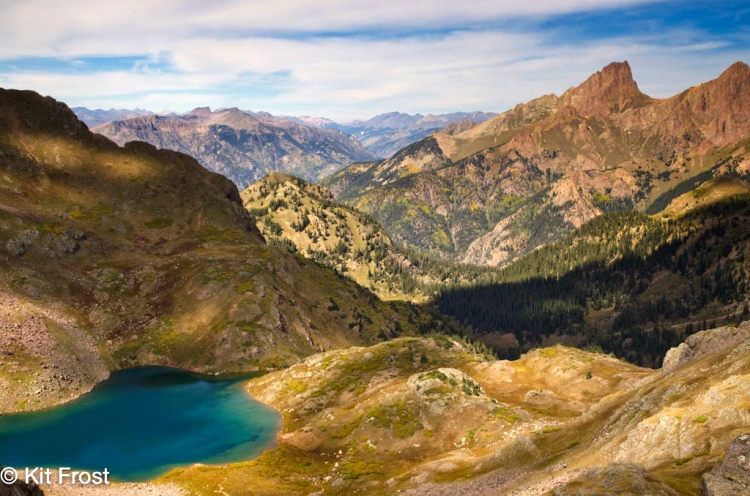 The sun shone on Ruby Lake for just a few moments when I first arrived at the overlook. The cloud shadows help form the shapes of the ridge lines. If shot with full frontal sunlight the image would appear quite flat. I knew I had to snap the shutter quickly before the light on the blue/green lake was lost. ©Kit Frost

I chose not to carry my tripod.  Mistake.  The tripod allows photographing with deep depth of field while at the same time creating foreground interest.  Without a tripod I had to hand-hold shutter speeds as low as 1/125 of a second and not include too many foreground elements.  The granite boulders close to my vantage point could be used to steady the camera, but when including foreground closer than 10 feet its best to use f25-32 or smaller to keep most of the mountains in the background clear and sharp. The tradeoff without the tripod resulted in some “keepers” but I won’t make that mistake again. 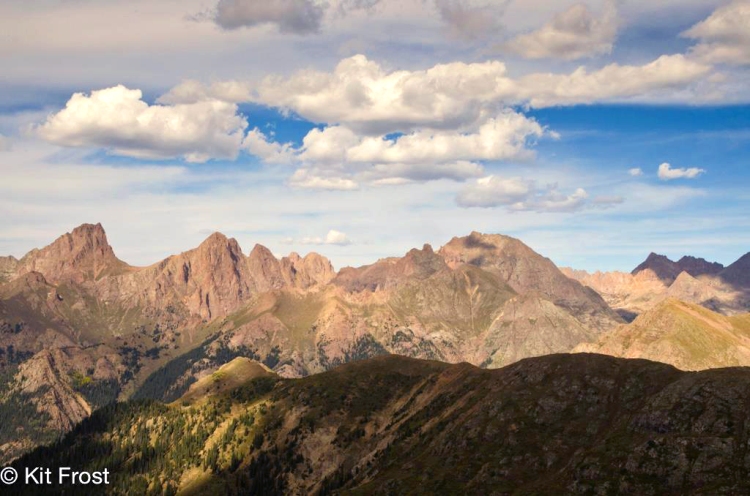 I knew from looking over topo maps before the hike that when I reached the summit I would see some of the biggest peaks in the Weminuche Wilderness. Here you see Pigeon, Turret needles and Mt. Eolus (14,084) and that’s North Eolus peaking out from behind.  Next time I may follow the ridge line in the foreground and get even closer to Eolus. ©Kit Frost

Its well worth the effort to carry my lightest, backpacking tripod (manfrotto carbon fiber).  I left my heavier 4 lb. bogen at the trailhead thinking I’d do ok on a bright sunny day.  On average, this collection of images was exposed at f18-22.  Even though I have image stabilization on my 16-85 lens, it was just barely enough to hold 1/200 of a second.

The image below is a composite of two photos, round trip from Adobe Lightroom to Photoshop CS4 for the work on layers.

I zoomed in a bit further to capture some detail on the mountains. And then edited the images in Lightroom with final composite in Photoshop CS4. This photo is made up of two images merged. ©Kit Frost

One thought on “Tips for Photographing Mountains” 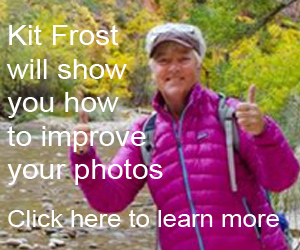 Kit Frost has been a Photography Teacher for 40 years 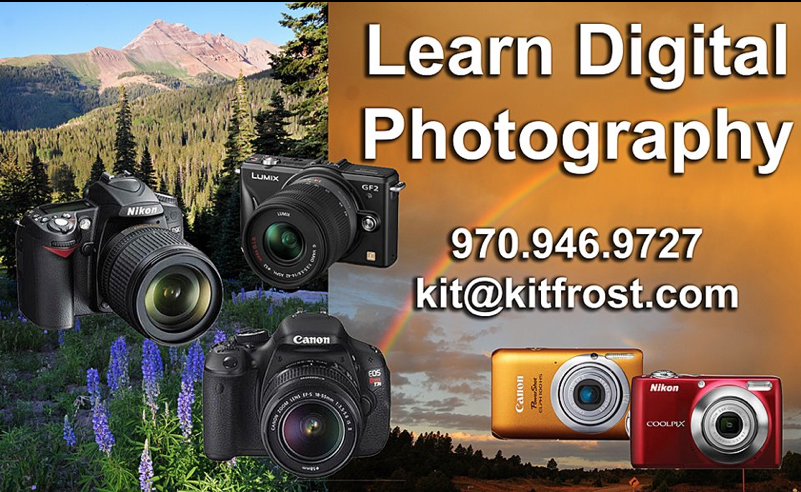